My cooking and baking style is "HUGE with healthy and a dab of decadence!" I love living a healthy lifestyle which includes exercising, eating healthy and cooking well.  I aslo enjoy eating delicious food.  I don't believe in crash diets, but I do believe in conscientious and conscious eating habits.  Some amazing food recipes are worth their weight in calories, but others can be tweaked to be healthier! Through much of my own experimentation and research, I've gleaned a multitude of "inspired" recipes and cooking hacks such as...not everything good has to be made from scratch and not everything good needs to be made with tons of butter! It is my pleasure to share my and selective guest contributors' baking or cooking recipes and findings with you all. 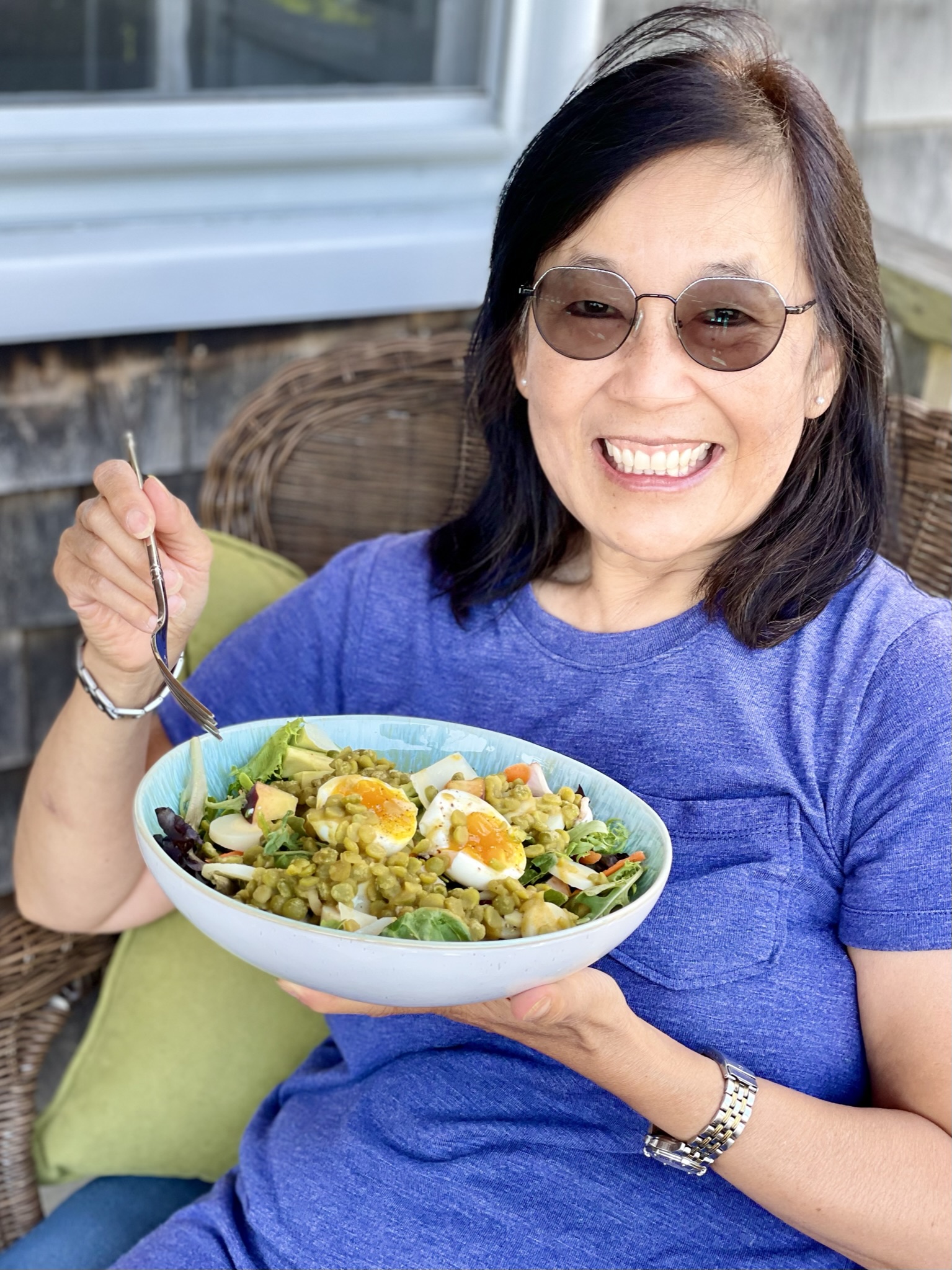 Many of my recipes are "ethnically" inspired as a result of my upbringing as a Chinese in South Africa and my travels around the world where I love to "live and eat like the locals".  After being diagnosed with pre-diabetes a few years ago, I started researching the wonders of sourdough and am on a mission to create recipes that are healthier while keeping them interesting and delicious.

Check out my recipes, sourdough digest, tips & tricks as well as my helpful tools section.  So, tie on an apron and come join me in my kitchen!  Also,  please send me requests, questions or comments in the comment section.  I'd love to hear from you. Lastly, I would love and appreciate a follow on social media.  Thanks!

I am starting to appreciate hearty breads that keep me feeling full for longer periods of time but are not too dense.  Try making avocado toast with this nutritious high fiber seeded bread.  It's so delicious and filling! Whole wheat flour behaves so much differently that regular white bread flour. Whole wheat flours require higher hydration and gluten development is END_OF_DOCUMENT_TOKEN_TO_BE_REPLACED

These Easy spaghetti squash marinara bowls are so fun to eat and all the cooking is done in the microwave. END_OF_DOCUMENT_TOKEN_TO_BE_REPLACED

I love having people over for dinner, but it can sometimes be stressful if you over-commit! In the bible, there's END_OF_DOCUMENT_TOKEN_TO_BE_REPLACED

Ever have days where there are way too many bananas in the fruit basket? When there are too many ripe END_OF_DOCUMENT_TOKEN_TO_BE_REPLACED

This quick and easy yoghurt dip can be made in minutes.  It's a great, healthier alternative to sour cream.  If END_OF_DOCUMENT_TOKEN_TO_BE_REPLACED

I enjoy experimenting with various seasonal veggies and presenting them in different forms like these gluten-free, high protein vegetable patties. END_OF_DOCUMENT_TOKEN_TO_BE_REPLACED

When I first came over to the United States from South Africa, I attended boarding school in Pittsfield, Massachusetts.  There END_OF_DOCUMENT_TOKEN_TO_BE_REPLACED

Prefer to watch my videos?

Be in the know!

What is proofing? What does proof your sourdough mean and what is the best way END_OF_DOCUMENT_TOKEN_TO_BE_REPLACED

How to make a chocolate drizzle

How to make a chocolate drizzle

Vegetable selection and the way they are cut play an important part in stir fry. END_OF_DOCUMENT_TOKEN_TO_BE_REPLACED

Chinese stir fries can be very versatile, using any protein available.  However, the types and END_OF_DOCUMENT_TOKEN_TO_BE_REPLACED

Stir frying is one of the most popular ways to cook Chinese food.  Here are END_OF_DOCUMENT_TOKEN_TO_BE_REPLACED

Tips on berries and cherries

One my my favorite things about summer is the abundance of local fruit.  I realize END_OF_DOCUMENT_TOKEN_TO_BE_REPLACED

Tips on berries and cherries

How to “chiffonade” herbs

Michelle was born in Johannesburg, South Africa and has been a passionate eater since birth and cook since age 7. She later started experimenting in the kitchen, recreating and tweaking dishes she discovered on vacation and her travels to countries around the world. Michelle currently lives in Irvine, CA and manages a tech company that she founded ten years ago. When she isn't working with her engineers to write code, she can be found in her kitchen absorbed in a new project. When Michelle's two daughters moved to the East Coast, she filmed a few cooking tutorial videos to help guide her girls to make their favorite "Mom dishes" on their own. To Michelle's dismay, it appeared that thousands of anonymous viewers enjoyed her tutorial videos...but not her daughters! They would still call her for instructions. Michelle also started The OC Supper Club, a group of foodies that get together for member-lead cooking class meals, potluck competitions, and tastings through the many hidden culinary gems of Orange County.

Update:  I recently posted a very silly video that has nothing to do with cooking.  My girls apparently watch it almost every day!

Get the latest scoop!

Get the latest tips & tricks!